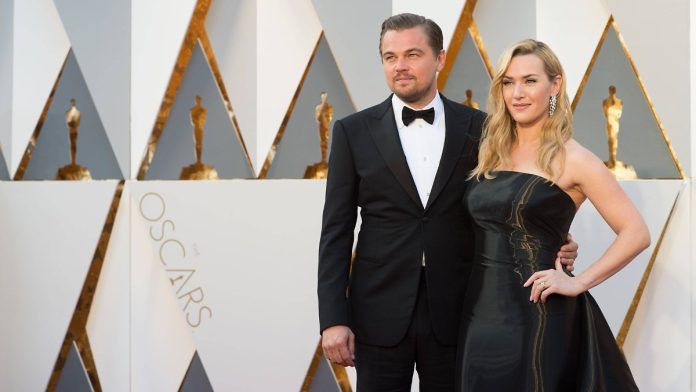 Kate Winslet and Leonardo DiCaprio celebrated international success with “Titanic” in their early twenties. The two Hollywood stars are united by their success and camaraderie. The pandemic separates the two for a long time, so the rejection is even more emotional.

British actress Kate Winslet spoke about an emotional meeting with her American colleague Leonardo DiCaprio. “I couldn’t stop crying,” Winslet told the Guardian in an interview published this week. The two played the main roles in the Canadian director James Cameron’s blockbuster “Titanic” from 1997, when he was only 22 and 21 years old. Winslet said they have a very close friendship with DiCaprio, now 47.

Because of the pandemic, among other things, she did not see him for three years before meeting in Los Angeles. “I’ve known him half my life! It’s not that I was in New York or that he was in London and had the opportunity to meet up for coffee,” said Winslet, adding, “We can’t leave our country.”

Regarding the exhausting filming of “Titanic”, she later said, “It wasn’t fun for all of us, but we all had to go through it together.” Winslet, who was a hit this year on the crime series Mary of East Town, told HBO that it was “miserable” for her, but she would never have admitted it at the time.

DiCaprio recently received a Golden Globe nomination for his role in the Netflix series “Don’t Look Up,” in which he plays a science nerd. Offscreen, the actor is committed to climate protection. In November, he attended the United Nations climate summit in Glasgow as a well-known activist, where he met Prince Charles, among others. The two had already met in 1997 – at the premiere of “Titanic” in London. Recently, DiCaprio also teamed up with Prince Harry, the king’s 72-year-old son, for a nature conservationist. Side by side, both are fighting for an immediate halt to oil and gas exploration in Africa’s Okavango Delta. The Duke of Sussex’s invitation was followed by actor and fellow Hollywood stars Forest Whitaker and Djimon Hounsou.

See also  'Die Wollnys': A repeat of the documentary series online and on TV