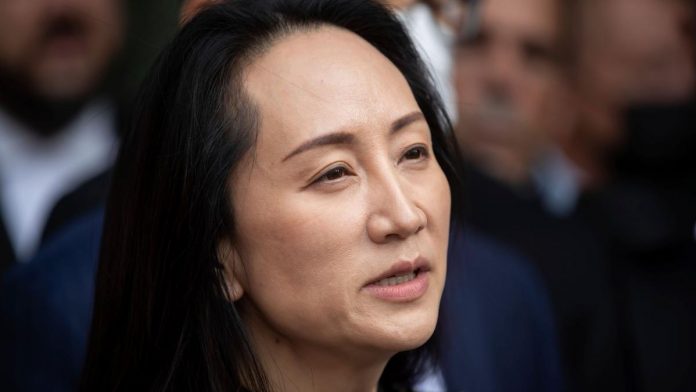 Since 2018, Huawei’s chief financial officer, Meng Wanzhou, has been stuck in Canada at the instigation of the USA. A Canadian judge has now completed extradition proceedings. Then China released two Canadians.

nAfter the release of the CFO of Chinese telecom giant Huawei, Meng Wanzhou, in Canada, China released two Canadians from custody. As Canadian Prime Minister Justin Trudeau announced on Friday, businessman Michael Spavor and former diplomat Michael Kovrig are already on their way to Canada. Trudeau said they have already left Chinese airspace and are “on their way home.”

Spavor and Kovrig were arrested in China in December 2018 – a few days after Meng was arrested in Canada. Both were brought to justice on charges of espionage. Spavor was sentenced to 11 years in prison in August for “espionage and illegal disclosure of state secrets”. According to the Canadian ambassador, the Chinese authorities accused him, among other things, of taking prohibited photographs of military aircraft. The verdict against Kovrig is still pending.

The arrest of the Canadians was seen as retaliation for Meng’s detention in Canada – and as leverage against the Ottawa government. Canada and other Western countries accused Beijing of “hostage diplomacy” and the case caused a serious diplomatic crisis between China and Canada.

On Friday, Meng was released after nearly three years of house arrest in Canada. The 49-year-old daughter of Huawei founder Ren Zhengfei has reached an agreement with the US judiciary. A Canadian court then halted the extradition proceedings against her and lifted her bail obligations. Meng boarded a plane to China on the same day.

Jeff Bezos, CEO of Amazon and owner of giant yachts, wants to save Earth from humans with his $10 billion "Bezos Earth Fund." ...

Teams with a signature function: Microsoft and Adobe link their software

Can a smart watch detect heart problems or infarctions?