Home science How our brains build our memories while we sleep 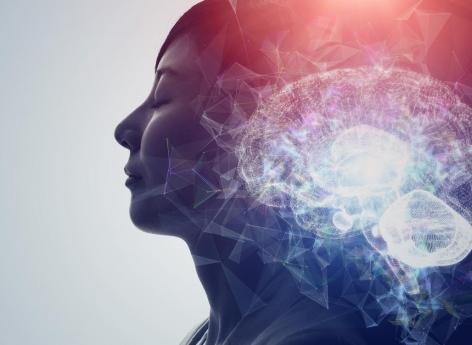 What does our brain do during the long hours we sleep? It paints our dreams … but it also enhances our memory, reveals a new study by scientists from the University of Geneva (UNIGE) and published in Nature ConnectionsWhich opens for the first time a window on the mind of a sleeping man.

A combination of artificial intelligence, magnetic resonance imaging and electroencephalography

The researchers explained that they have developed an artificial intelligence capable of decoding brain activity during sleep. By combining functional magnetic resonance imaging (fMRI) and electroencephalography (EEG), it shows that during our deep sleep, our brain takes on the task of sorting through the thousands of information processed during the day. During deep sleep, our brain no longer receives external stimuli and can evaluate all these memories to retain only the most useful ones. To do this, it establishes an internal dialogue between its various regions, in particular the hippocampus (the area of ​​the brain that stores temporary traces of recent events) and the cerebral cortex.

To better understand this process, researchers have developed a decoder “Able to decipher brain activity in deep sleep and what corresponds to it, Virginie Sternenich, researcher and co-author of the study says. In particular, we wanted to see to what extent positive emotions play a role in this process.”.

See also  Bronchiolitis: 12 out of 13 French regions are now in an epidemic stage

To complete their experiment, the scientists put volunteers on an MRI early in the evening and had them play two video games: a face recognition game similar to “Who is this?” And a 3D maze that you have to find a way out of. These games were falsified without the knowledge of the volunteers so that only one of the two mind games could be won to associate the game with winning with positive emotion.

Then the MRI volunteers slept for an hour or two – the length of the sleep cycle – and their brain activity was re-recorded. “We combined an electroencephalogram (EEG), which measures sleep states, and functional magnetic resonance imaging, which takes a picture of brain activity every two seconds, and then used a neural decoder to determine whether brain activity observed during gaming time reappeared automatically while playing. sleep”Sophie Schwartz, who led the business, explains.

Rewards saved while you sleep

By comparing MRI scans of the waking and sleeping phases, the scientists observed that during deep sleep, brain activation patterns were very similar to those recorded during the gaming phase. “And it is very clear that the brain revived the game it won and not lost by reactivating the areas used during the previous day. Once we sleep, the brain activity changes. Gradually, our volunteers start thinking again.” Both parties, and then almost exclusively in the match they won when they fell into a deep sleep”, explains Virginia Sternenich.

Two days later, volunteers took a memory test in both games. Again, the more areas of the brain associated with gaming are activated during sleep, the better the memory performance. Thus, the memory associated with a reward is higher when it is automatically activated during sleep. With this work, the Geneva team is opening up a new perspective in studying the sleeping brain and the amazing work it does every night.