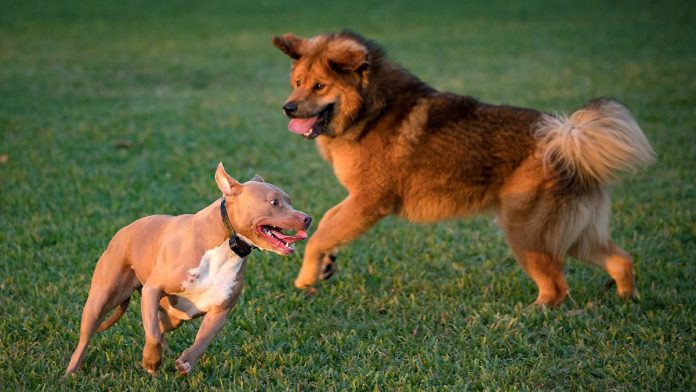 Golden Retrievers are family dogs and pit bulls are often aggressive: according to an American study, these are just stereotypes without any scientific basis. It is difficult to predict differences in behavior in dogs from the genome. But social communication is “incredibly heritable”.

Dog breed has little influence on their personality traits. This is the result of a study published in the journal Science. Published study. “While genes play a role in an individual dog’s personality, a particular breed of dog is not a good predictor of these traits,” said study author Elinor Carlson of the Broad Institute at MIT and Harvard. “The defining criteria for a Golden Retriever are its physical characteristics – the shape of its ears, the color and texture of its coat, and size – not whether it is friendly.”

For their study, the research team examined the genomes of 2,155 purebred and mixed-breed dogs. They looked for common genetic variations that could predict behavior. Scientists combined this data with surveys of dog owners. The question was, among other things, how well dogs obey commands, how comfortable dogs feel with people including strangers, and how they handle games.

In total, the research team identified 11 regions in the canine genome that are associated with behavioral differences. Researchers have found certain patterns – for example, beagles and hounds that howl a lot, while Border Collie is particularly obedient; But there were always exceptions. According to researchers, dog breed ultimately explains only nine percent of behavioral differences. So age is more suitable for predicting a dog’s behaviour. The dog breed was five times better at predicting physical traits than behaviour.

During the investigation, experts made other interesting discoveries. Dogs’ sociability with humans is “incredibly hereditary,” said study author Kathleen Morrell, even if it isn’t defined by breed. Researchers have found a section in dogs’ DNA that could explain four percent of differences in social communication. So a similar farewell in the human genome is responsible for the formation of long-term memory.

According to Morrell, research on dogs can also help understand how the human brain develops and learns — as well as provide a better understanding of mental and behavioral problems in humans. But Morell said, “We’re still scratching the surface.”