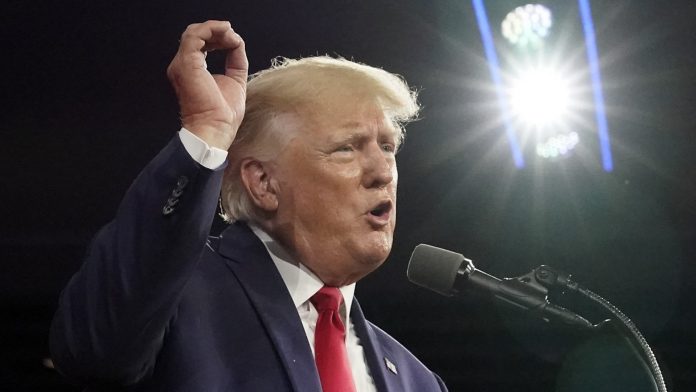 Former US President Trump stubbornly refused to release the financial documents. The New York attorney general now wants to get him to do so with a $10,000 a day fine for contempt of justice.

The New York Attorney General’s office said that former US President Donald Trump will be fined $10,000 a day for his continued refusal to disclose his financial records. Prosecutor Letitia James applied to the court on Thursday (local time) to issue the fine. James has been investigating potential financial crimes against the Trump real estate empire since 2019.

The attorney general is investigating suspicions that the family’s holding company, the Trump Organization, artificially inflated the value of real estate when it wanted to take out loans from banks and devalue them in other cases in order to pay lower taxes or lower insurance premiums.

In mid-February, a judge ordered Trump, his daughter Ivanka and son Donald Jr. to testify under oath as part of the investigation. It also required Trump to hand over tax and accounting documents from the Trump Organization to the attorney general by the end of March. So far, this has not happened.

Attorney General James, said Trump is in violation of a court order and is guilty of contempt of justice. The court must “immediately intervene, because no one is above the law.” Trump’s lawyer dismissed the demand for fines, calling them “massive and baseless.”

In January, James said he had collected evidence of fraudulent financial practices. “In our investigation, we discovered significant evidence indicating that Donald J. Trump and the Trump Organization fraudulently miscalculated several assets.” The assets of the financial institutions were misrepresented to obtain “economic benefits”.

The Manhattan Attorney General’s Office is conducting a criminal investigation into the Trump Corporation in parallel with the attorney general’s investigation. In July last year, the Trump Organization and its longtime chief financial officer, Allen Weisselberg, were indicted for tax fraud.

Claims from years ago

Trump has been accused of questionable business and financial practices for decades. It remains unclear how serious the investigations in New York will be. The 75-year-old has repeatedly raised the possibility of being re-elected to the presidency in 2024.

40 years: a satellite crashed and NASA does not know where...