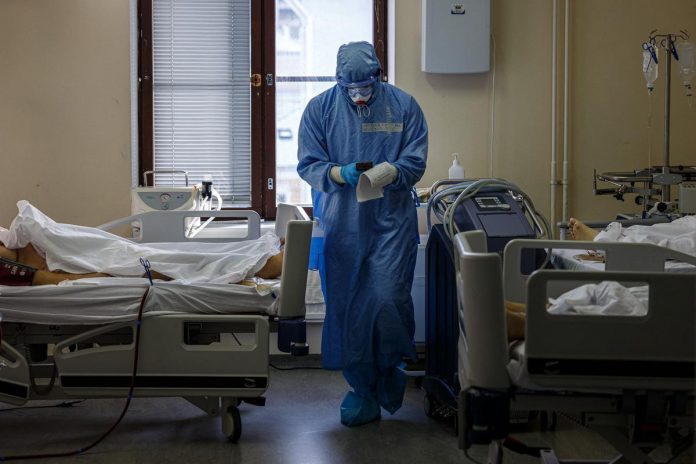 The Russian president ordered a major week off from work this Wednesday at the beginning of November and appealed to many rebels to be vaccinated in a bid to contain the out-of-control Covid-19 outbreak.

Russia, Europe’s deadliest country, on Wednesday set a new record for daily deaths from Covid-19, with 1,028 deaths, as well as 34,073 infections, according to government figures. The country has been facing an epidemic outbreak since June that the authorities have been unable to control, with the combined action of the delta variant of the virus, which is highly contagious, slow vaccination and weak health restrictions.

In an effort to put an end to the epidemic, Vladimir Putin ordered the period from October 30 to November 7 to be declared ineffective. The Russian president also gave the regions the option to start early or extend the week if the epidemiological situation calls for it.

In the past, the Russian president has several times decided on periods of paid leave in an effort to curb the epidemic. These no-work periods were advertised as short-lived, and sometimes extended into long weeks. Putin has long favored the measure, aimed at limiting the movement of people and thus the virus, rather than confining the population, an unpopular restriction that threatens to slow the fragile economic recovery.

Russia has so far recorded nearly 230,000 deaths from Covid-19, according to the largely underestimated government report, with the national statistics agency Rosstat, for its part, counting more than 400,000 deaths at the end of August.

In the face of this remark, Moscow Mayor Sergei Sobyanin announced on Tuesday “urgent measures” to protect the most vulnerable, especially the elderly, while the number of serious cases is increasing “day by day”. Thus, the Moscow authorities have ordered the compulsory vaccination of 80% of public servants, as against currently 60%, by January 1, 2022, and the confinement of all unvaccinated over 60 years old from October 25 to February 25 and remote work at least 30% “of Company employees.

For many experts, the fight against the virus is in the field of vaccination, with Russia, one of the first countries to develop a vaccine against Covid-19, lagging behind. In fact, less than a third of about 144 million Russians have been fully vaccinated, according to the specialized website Gogov that prepares a daily report, and the majority of the population remains skeptical of domestically developed vaccines. According to independent polls, more than half of Russians do not plan to be vaccinated.

Vladimir Putin urged the Russian rebels to get vaccinated. He said, “Please be responsible.” There are only two ways out of this period: either by disease or by vaccination.” He described Russia’s low vaccination rate as “dangerous”.

It works with these 3 tips