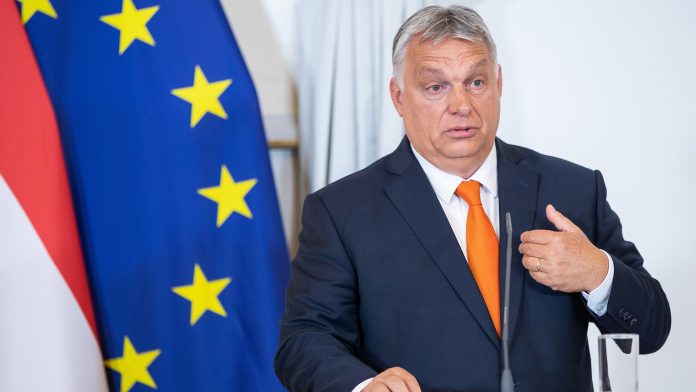 The country has become a “hybrid system of electoral tyranny”: in a statement, the European Parliament denied Hungary the status of democracy. Due to violations of the rule of law, Hungary is threatened with cutting off EU funds.

The European Parliament agreed that Hungary is not a democracy. A non-binding resolution approved by a majority of deputies in Strasbourg said that “among experts” there was increasing agreement “that Hungary is no longer a democracy”. Hungary became a “hybrid system of electoral authoritarianism”.

MEPs criticized the European Union itself for not acting decisively enough. Parliament regrets that “the lack of decisive action by the European Union has contributed to the collapse of democracy, rule of law and fundamental rights in Hungary”. For months, MEPs have asked the EU Commission in Brussels to do something about alleged violations of the rule of law in Hungary and possibly cut off EU funds from the country.

To cut money to Hungary – The EU Commission may take a decision on a similar proposal for member states on Sunday, German news agency dpa reported, citing EU departments. It will be the first time that the Commission has proposed cutting EU funds for rule-of-law violations. However, there is still a possibility to reach a compromise with Budapest. So the European Parliament fears that the money will eventually flow into Hungary. Commission President Ursula von der Leyen stressed on Wednesday that she wants decisive action against corruption. It also referred to the rule of law mechanism, which aims to prevent misuse of funds from the EU budget.

The rule of law mechanism started in April

So far, Hungary is the only country against which action based on this mechanism is being taken. The European Union Commission has long criticized the rampant corruption in the country, which Prime Minister Viktor Orban has ruled for twelve years. A report issued in July spoke of an “environment in which the risks of nepotism and nepotism in senior public management are not addressed.”

As the EU Commission sees the risk of misuse of EU funds, it launched a rule of law mechanism against Hungary in April. A proposal to cut funds will be the next step in the process. The document from the EU Commission shows that it could propose that EU countries withhold up to 70 per cent of several structural financing programs to support disadvantaged regions. According to the calculations of Green MEP Daniel Freund, this could be about seven billion euros. It was said from the European Union circles that the numbers can change.

In addition, on Sunday the authority will decide on recommendations on how to address grievances in Hungary. If Hungary implements all the recommendations, the funds may not be frozen in the first place.

The Hungarian government recently showed some movement in the dispute with Brussels for the first time in a long time. In the past few weeks, she has indicated the possibility of several measures aimed at appeasing the EU Commission. Among other things, Budapest wants to create a new anti-corruption body, reduce the number of public tenders with just one bidder and end parliamentary waving of often important laws in the 24-hour urgent procedure.

The Minister Responsible, Tibor Navrakxis, said in a TV interview on Wednesday evening that the Anti-Corruption Authority bill will be presented to Parliament at the beginning of next week. Therefore the heads of this authority should be appointed in the context of public tenders. The appointment committee will consist of technically recognized international experts, and the procedure will be carried out in coordination with Brussels. The authority’s powers, jurisdiction and rights remain unclear to the public. Anti-corruption activists in Hungary are warning that Orban’s government may deceive the Brussels authorities.

The decision to freeze Hungary billions of euros from the EU budget was ultimately taken by the EU countries. According to the EU Commission’s recommendation, you have up to three months to make the decision, which at least 15 countries with at least 65 percent of the EU population will have to agree to.