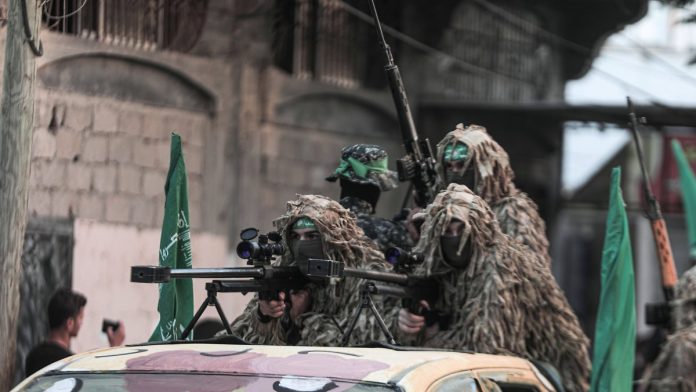 A fundamental reorganization is underway in Israel: a government without the Likud bloc led by Benjamin Netanyahu was formed more than a decade ago. Regardless of the possible new political orientation, Islamist Hamas threatens the “occupiers” with resistance.

Even before the new government in Israel was sworn in, the Islamist movement Hamas in the Gaza Strip announced that it would continue the armed struggle against the Jewish state. “Whatever the form of the Israeli government is, it will not change our behavior towards an occupying force that must be resisted,” said Hamas spokesman Fawzi Barhoum. The Palestinians have the right to use all means, foremost among which is “armed resistance”. A senior member of the hardline Palestinian Islamic Jihad said the fight against Israel would continue. Ahmed al-Mudallal said that the expected new alliance is “weak and fragile and will not last long.”

The Israeli parliament decided to replace Prime Minister Benjamin Netanyahu, who has been in office for twelve years. The final hurdle in the new eight-party government is the vote of confidence before the constitutional oath is taken. The coalition around former opposition leader Jair Lapid and prime minister-designate Naftali Bennett won 60 of the 120 Knesset members. 59 parliamentarians voted against it, with one abstention.

With the swearing in, an era ends: It’s the first time since 2009 that a government has been formed without Likud party leader Netanyahu. For the first time, an Arab party will also become part of the coalition.

Report: The attack on Lukashenko has been prevented