Home Tech DJI Mavic 3 comes in November with a large 4/3″ sensor and... 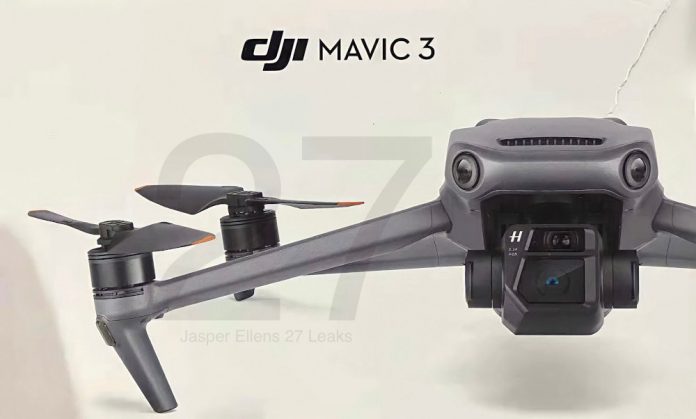 Technical data reported a month ago. The large 4/3 inch image sensor of the wide-angle camera is particularly interesting. 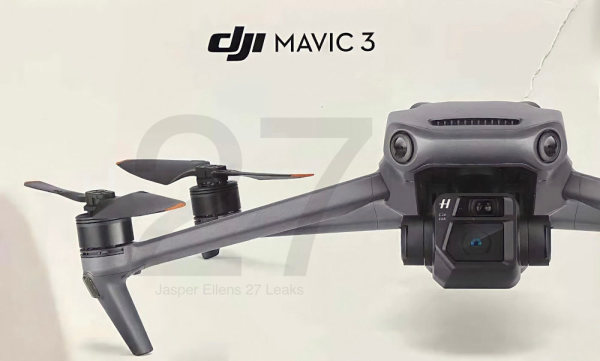 Highlights of the Mavic 3/Cinema)

This also underscores the highlights of the next-generation Mavic such as the extended flight time (46 minutes) and the Hasselblad dual-camera system (telephoto and wide-angle). However, the possibility has not been explicitly confirmed in Apple ProRes either

and the new 1TB storage (an internal SSD was mentioned in the new rumor, referring to both, since the inclusion in ProRes

It requires a large and fast memory). The new images also confirm the new placement of the obstacle avoidance sensors and the battery placed at the back in a hatch.

What can both models do

And there will obviously be two Mavic 3 consumer versions, a standard model (confusingly referred to as “Pro” on some LEaks) priced at around $1,600 and a much more expensive Cine model with enhanced capabilities for one professional video recording (probably ProRes). Both versions can record 5.7K video, capture 20MP photos, have smart flight and recording modes known from other DJi aircraft such as HyperLapse, ActiveTrack, QuickShot and Panorama, as well as automatically obstacle avoidance functions using special sensors assisted by APAS (Advanced Pilot Assistance System). Conveniently, it should be possible to charge the battery in the drone via USB-C. 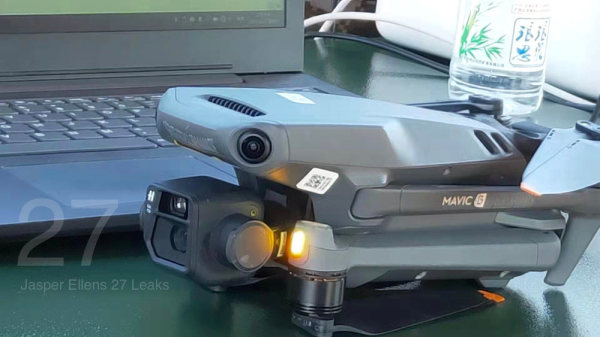 Due to a leak in the operating instructions, at least minute details are known about the Mavic 3 Cine: the phone’s camera has a 1/2-inch sensor with a resolution of 12 megapixels, one focal length

From f / 2.8-f / 11. Only the Cine model is supposed to have the option to include in Apple ProRes

The Mavic 3 Cine weighs 920 grams, uses an internal SSD as storage medium and can stay in the air for a maximum of 46 minutes (no wind and 25 km/h speed) – a huge improvement over the previous model, the Mavic 2 Pro, which had a maximum flight time of 31 minutes . In addition, it should have a “1Gbps Lightspeed Data Cable”, presumably for fast transferring video data to a computer (although USB 3.2 Gen 11 aka USB 3.0 aka USB 3.1 is faster much at 5 Gbps). 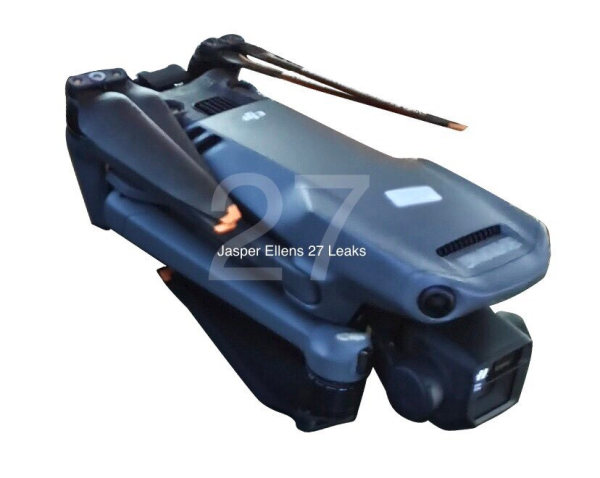 The new Remote Pro (OcuSync 3.0?) image transmission system should have a much higher range than the previous model and should be able to transmit live HD video at a distance of 15 km (instead of the Mavic 2 Pro’s 10 km) – but This in Europe, will likely be limited to a smaller distance. 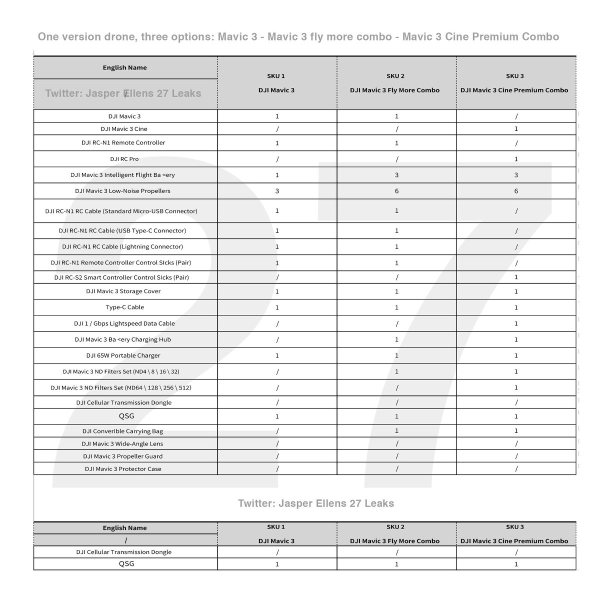 According to Jasper Ellens, the Mavic 3 will be offered on November 15 in three variants: the Mavic 3 (presumably $1600), then the DJI Mavic 3 Fly More Combo with a few accessories like two extra batteries, more extra fans and a transport case (both versions with Old RC-N1 Remote) and finally the Mavic 3 Cine Premium Combo for about $1000 with the new Pro Remote.