Home science Different symptoms according to the variables? 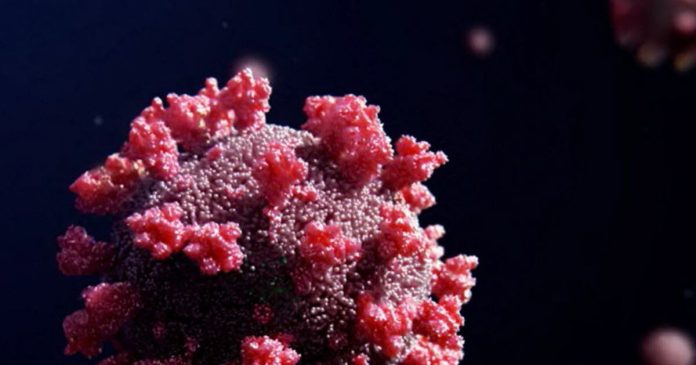 What if the symptoms, or at least the order of their appearance, changed depending on which type the patient had? A new study published in the scientific journal Computational Biology PLOS I followed this path. Researchers at the University of Southern California found that symptoms of Covid-19 in patients in China and the United States during the first wave were different. Thanks to a mathematical model, they estimated that these differences were caused by “D614G,” the first mutation of the original virus that appeared in Wuhan.

Fever and cough turned into cough and fever

Fever, then cough, and finally nausea and vomiting: This was the order of onset of COVID-19 symptoms during the first wave for 77% of Chinese, according to the US study based on data from February 2020. Of these, 98% of patients contracted the first strain of the virus. Data from more than 300,000 patients were studied.

However, scientists have noted that the order of onset of symptoms was not the same in 47.5% of Americans, as well as in Japanese or Brazilian patients: cough first, then fever, diarrhea, nausea or vomiting. Here, too, information for 300,000 US patients during the first half of 2020 was deciphered. Geographical characteristics, age, or comorbidities were excluded to explain this change. Rather, it is the virus mutation that became “D614G” when it was exported to foreign countries that will be the source of these changes.

Cough, a symptom that spreads the virus more than fever

This first variant has already affected the Covid-19 protein and increased the rate of transmission of the virus when crossing borders. In the summer of 2020, “D614G” has become the most popular shape in the world. Also, the first appearance of cough in patients has nothing to do with its spread, which is considered to be faster. The study authors explained, “These findings raise the possibility that the ‘D614G’ variant is more transmissible, because infected people are more likely to cough in public before becoming incapacitated by a fever.”

This is the first study on the topic: it is therefore recommended that you remain cautious before making generalizations. However, the researchers encourage further research to learn more about the variables currently occupying the international landscape: the delta variable and the Omicron variable.

According to a doctor in South Africa, where the Omicron variant developed before it spread worldwide, a symptom could also be specific to this highly contagious mutation. At a conference hosted by the country’s Ministry of Health, Unben Pillay confirmed that, according to his data, a large number of patients experienced night sweats. These are bouts of intense sweating that occur at night.

So far, night sweats may also be a symptom of the delta variant, but it appears less frequently. We have seen a sharp increase in the number of cases over the past 10 days. So far, these have been mainly very mild cases, with patients showing symptoms similar to those of the flu: dry cough, fever, night sweats, and numerous body aches,” the expert identified, reports free back.

As a reminder, the classic symptoms of Covid-19 are as follows: headache, fever, itchy throat, cough, muscle pain, fatigue and, in more serious cases, respiratory problems.

The doctor also confirms that in his experience, Omicron travels more quickly but does not cause more serious conditions. However, the fifth wave that has been installed in France since the fall could turn into a sixth wave during the holidays in the face of the rapid spread of this variant in Europe.

A study showing the effect of coffee on the digestive system...

Obesity is reaching “epidemic” levels in Europe according to a recent...