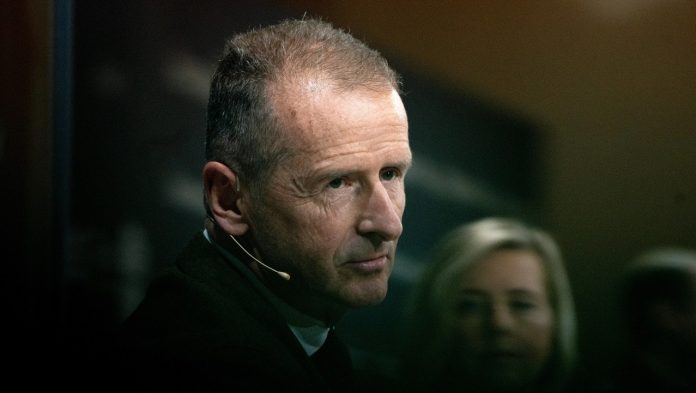 As part of LinkedIndex 2021, communications agency Palmer Hargreaves has rated the best CEOs of companies listed on the social network and received the most positive feedback. At the top, the head of Volkswagen Herbert Diess again appeared, which, according to the assessment, provides his followers with a particularly diverse content. He follows Telekom CEO Tim Höttges closely and because of his extensive interaction with his community. A new addition to the top three is Niklas Östberg from Delivery Hero, who has a large number of posts.

Palmer Hargreaves publishes a profile CEO-LinkedIndex For the second time after 2020. Over the entire calendar year, experts examined the LinkedIn activities of CEOs from HDAX (DAX, MDAX, and TecDAX) and evaluated nearly 2,500 contributions and nearly 1.6 million reactions. Among the 104 CEOs, 43 LinkedIn profiles were included in the ranking. On the one hand, the results reflect the trends of the past year, but on the other hand they also show innovations and changes in connectivity on the platform.

Particularly noteworthy is Melissa Di Donato: the president of the software company SUSE, whose main products include the Linux operating system, is the first woman to enter the top ten of CEO-LinkedIndex and comes in at number eight. The analysis shows that no one in the top ten interacts as extensively with their own network as the head of a technology company with roughly 1,750 employees. Another newcomer is Roland Busch: the new CEO of Siemens immediately took fourth place in the standings.

Of all the social media channels, LinkedIn remains the most popular means of communication among executives. “Impression management on LinkedIn is becoming more and more common, but it is also essential for CEOs. We can also see with the growing need for advisory services in this area that awareness of this is growing and CEOs understand the platform as a strategic communication channel,” says Iris Hellman. , managing director and co-owner of Palmer Hargreaves.

One of the main findings of the Palmer Hargreaves analysis: The level of communication between CEOs on LinkedIn has significantly increased. Because both strategically and technically, CEOs will continue to work more and more professionally. So they adapt their content to their network and the needs of their target groups. However, analysis of CEO communications on LinkedIn also revealed a shift in focus: from purely company-related content to more accessible social topics. In general, the majority of CEOs communicate primarily through their own management. Only Marcus Stelemann of plastics manufacturer Covestro has demonstrated a clear focus on environmental communication. “The mentoring phase is over, and strategic knowledge has increased exponentially. CEOs have realized that to be successful on LinkedIn, they need not only send messages, but also interact with their networks. Networking is the key word,” says Daniel Ganblot, study initiator and author of the study. .

Following the first CEO-LinkedIndex 2020, the Palmer Hargreaves team has revised the methodology and added new analysis criteria. In order to enable a more detailed assessment, ESG (Environmental, Social, Governance) communications were also examined for the first time. That’s why Palmer Hargreaves specifically investigated whether CEOs are incorporating certain environmental, social, and governance attributes of their organization into their LinkedIn content.