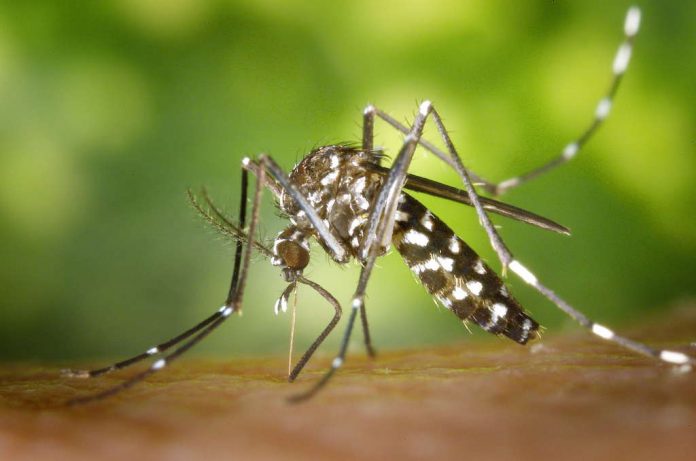 From 29 March to 4 April, 994 cases of dengue fever were confirmed. The spread of the virus continues to increase with monitoring indicators (confirmed cases, emergency room visits, weekly hospitalizations) on the increase in reunification.

Cases have been reported in all municipalities of the island. The epidemic is spreading throughout the territory: the western sector remains the most affected (78% of cases), and clusters of cases are observed in other municipalities in the south (Saint Joseph) and in the north (Saint Joseph). Denise) basically.

Since the first symptoms appeared, several cases have reported a sudden and sometimes severe decrease in vision. To prevent severe forms of the disease, it is essential to consult a doctor in case of fever, headache, muscle / joint pain, nausea, vomiting, fatigue, etc.

(Data from the French Public Health Unit for the Region, ARS)

In the West, the number of reported cases for the port appears to be stabilizing (40% of cases reported in the West). The number of cases continues to increase in Saint-Paul (18% of cases identified in the West) and in La Possession (various regions).
In the south, the situation in San Joseph stabilized again.
In the north, in Saint-Denis, outbreaks of dengue fever were highlighted in Brittany and Saint-Clotilde.

In addition, clusters of cases (dengue outbreaks) have been identified in the following neighborhoods:

See also  COVID-19: Can we really say that “anyone who is not immunized will get delta-type”?

Protect yourself and those around you from mosquito bites, including during the seven days after symptoms appear:
o Use of insect repellant,
o Installing mosquito nets,
o Wearing long clothes,
o Use of dispensers.

Continue to protect yourself, even if you previously had dengue fever; Several dengue serotypes can spread and do not protect infection with one serotype from an attack by another serotype.
Get rid of breeding grounds: Empty anything that may have water around your home, check gutters, etc.
Consult the doctor if symptoms appear (fever, headache, muscle / joint pain, nausea, vomiting, fatigue, etc.) and take the sample in a medical laboratory prescribed by your doctor to confirm the diagnosis of dengue fever.

Find all the news about dengue fever in Reunion on Facebook “Together Against Mosquitoes”: https://www.facebook.com/Ensemblecontrelesmoustiques

The high number of hospitalizations, the quarantine of the French from...

Malaria within BioNTech’s sight after COVID-19