Home science COVID-19: Towards a new wave in the spring? Scientists answer us 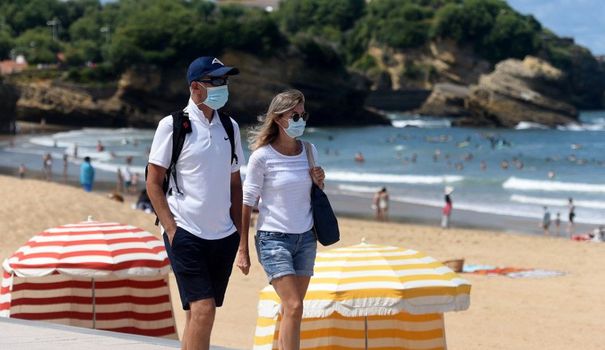 Like the winds of freedom blowing over France. With the advent of spring, abandoning the vaccination aisle and masking—except for transportation—the French are breathing in fine days with enthusiasm. However, despite the government’s decision to lift health restrictions, the Covid-19 pandemic can still play a trick on us. Several indicators have started to rise again since the beginning of March, notably the number of infections and the infection rate. Thus, there are regularly more than 100,000 daily cases for several days in the Capital Territory.

Between the limited effects at the time of vaccination, the new sub-variable BA.2 that is imposing itself in Europe and the winter that is not yet over, the virus is always among us. Is spring threatened by the re-emergence of the epidemic in France? Many scholars give us their opinion.

Yves Poisson: “The epidemic is not over yet”

Saying if we are entering the sixth wave is a matter of judgment. The curves of the epidemic at the moment look more like a bounce from the fifth wave, which never stopped completely. We’ve seen a steady decline for several weeks before indexes rise again since the beginning of March. The reproduction rate, ‘R’, is back above 1, which means we are once again in an epidemic stage. If the reasons are multifactorial, the main one is the relaxation of measures in anticipation of the French who did not wait for March 14. [date à laquelle le gouvernement a fait sauter les dernières restrictions anti-covid, NDLR].

Another factor is that we are still in winter with temperatures that favor transmission. Then there is the BA.2 subvariable, which, thanks to all these factors, takes advantage of the situation for the spread and replacement of BA.1 in Europe. So we’re seeing an epidemic with a variant that proves to be more transmissible and possibly more pathogenic. We are not immune to severe forms, so we should not consider that the epidemic is over, on the contrary, it is ongoing. Covid-19 has not said its last word because it does not confer long-term immunity and has a very high ability to mutate. In my opinion, we triggered barrier procedures, mask wearing and vaccination prematurely. We should have waited until May because in people’s minds that means the epidemic is over, which is far from the case. If the arrival of good weather is a favorable factor in taming the transmission of the virus, the virus will not stop spreading.

See also  Herault. Covid: hospitalization is declining, but the epidemic is progressing

Yves Buisson, epidemiologist and head of the Covid-19 unit at the National Academy of Medicine.

Antoine Flaholt: “There is no green indicator for the start of Spring 2022”

Europe is entering a new wave of the epidemic, if we accept that the wave is the association of a simultaneous increase in infections and acute forms that leads to an increase in the number of hospitalizations and deaths. The current wave associated with sub-BA.1, the seventh of the pandemic in France, according to the numbering dictated by molecular epidemiology, began in February and has led to a continuously rising pollution curve since the beginning of March. Passage of the vaccine associated with a vaccine designed against the original strain of Sars-CoV-2 does not prove to be highly effective in counteracting the development of Omicron sub-variants.

It is therefore not a relevant measure unless associated with the recommendation of a new booster dose that could be useful in preventing serious forms and could again justify extended use of the vaccination card for booster vaccination. Mask wearing in enclosed spaces should never be lifted because health indicators have never fallen to a level that would allow it to be done safely. At the University of Geneva, we cannot predict the evolution of the epidemic after seven days. While it is true that next week will see the coming of spring, there is no green indication for the start of Spring 2022 in Europe.

Catherine Hill: “The epidemic is starting over”

With regard to the most reliable indicators, which are the number of hospitalizations, intensive care and the number of deaths, we see that the epidemic is starting to re-emerge. The number of hospitalizations increased again for eight days and arrivals in intensive care became more or less stable, as did the number of deaths. Which means it’s not going down anymore. And the French are less careful because the message from the government, with the lifting of restrictions, is that everything is going well, when in fact it is not.

Si on regarde les arrivées à l’hôpital (1056 en moyenne chaque jour sur les 7 derniers jours), c’est plus que le sommet de la quatrième vague qui était à 905. Par ailleurs, il ya 116 morts par jour en moyenne, It’s a lot. However, returning the vaccination card would be pointless and if the mask is enough to control the epidemic, we will know. So focus should be placed on vaccinating those who are still not immunized. Many people over 80 still have not received a booster dose, while there is already talk of a fourth dose for older adults. And still 11.4% of those over 80 have not yet received any injections! We must organize ourselves to go and vaccinate people who cannot go home.

Catherine Hill is an epidemiologist and biostatistician.

We are currently entering a new wave linked to the growth of the BA.2 variant of Omicron, when the previous wave has been linked to the BA.1 variant. It is the substitution of one variable for another. BA.1 has exhausted her tank, so a new tank appears that has the ability to escape human control. We will experience a new wave that, according to estimates by the Pasteur Institute, will have a peak at the end of March or the beginning of April, which will certainly be less intense than the previous peak. But there is still concern associated with this variant because when we observe other countries two weeks ahead, such as England, there is a very rapid growth of the epidemic which indicates a stronger infection than BA.1. The reflection on the hospital will depend on the significance of the wave in terms of pollution and peak intensity.

There is some hope for spring and temperatures conducive to outdoor life and windows open, but lifting health restrictions a little early is a disadvantage. We have to put the mask back on if we stick to the epidemic numbers and if we want to get as few cases as possible. So the return of some temporary restrictions is not excluded because spring will be accompanied by a new wave, and we have been saying this since January.

With a context of fairly high general immunity, we are likely to move toward hypotension in the hospital, except in the event of a catastrophe associated with the emergence of a new recombinant substance. The question is about the end of summer and what will happen in the other hemisphere. As long as the virus is circulating in abundance, it is a diverse plant and it is not known if anything will escape human control and pose risks. We cannot predict it. With regard to those at risk, it is important not to lower our guard when wearing a mask, or even wearing FFP2 because surgical masks only provide relatively good protection when everyone is wearing them. Everyone wants to get out of this pandemic but as long as the virus is spreading in this way in abundance, it will be necessary to manage it.

Etienne Decroli is a virologist at Aix-Marseille University.

Vaccination against covid-19 | Targeted at people aged 60 or...

COVID-19: People with heart inflammation should wait for the second dose...

Covid-19: Researchers develop test that could save lives