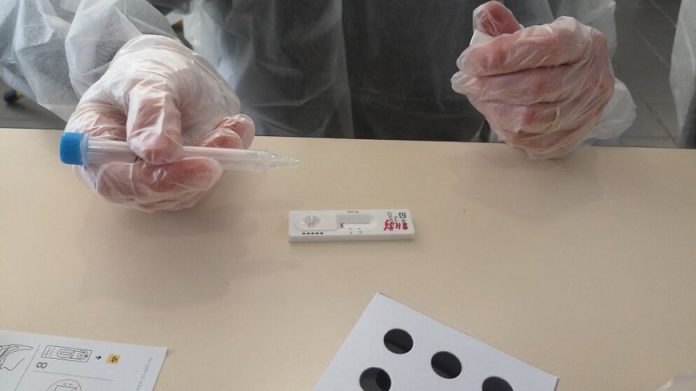 The coronavirus is still spreading in New Aquitaine. The numbers are fairly stable, similar to those observed the previous week in the region. On Friday, the French public health authority confirmed in its weekly epidemiological bulletin that New Aquitaine “is the region with the lowest infection rate” for the week from March 28 to April 3 (the latest consolidated figures), where it stands at 1,128 cases per 100,000 residents. So it remains high; The alert threshold is 50. People aged 30-50 are most affected, with an incidence rate above 1300.

The effective R is still above 1 in the area and stands at 1.09. What is effective R? A combination of three indicators (tests, emergency room visits and hospitalization) are used to monitor the dynamics of the virus. For simplicity, we will say that the virus is still active, if the effective R is higher than 1, because this means that an infected person can infect another person, so the virus can spread.

Reduced traffic in the Cruz and Pyrenees Atlantic area

If you approach the scale of partitions, “three stand out”France, public health estimates: Lot-et-Garonne With a concomitant increase in infection rate and positivity rate (Percentage of positive tests out of the number of tests performed) Conversely, Creuse and Pyrénées-Atlantiques with a decrease in these indicators.

Increase in hospital admissions between 40-80 years

There were more hospital admissions for Covid in the week of March 28 to April 3 than in the previous week: 645 and 63, respectively, in critical care versus 589 and 45. These are not It is not only the elderly who are most affected. Among those under 40 and over 80, the number of new admissions to the traditional sector was stable, while an increase was observed among those aged 40-59 and 60-79 (+17% and +36% compared to the week past)” and France Public Health Estimates. However, as of April 5, 2022, more than half of the current hospitalizations were for patients aged 70 and over.

“The weekly number of new deaths that occur in hospitals stabilizes between 50 and 70 deaths” For the fourth week in a row. “In Week 13, 48 new deaths were reported compared to 70 in the previous week. The majority of deaths still concern people aged 80 and over (68%) and people aged 60-79 (27%),” Specify the epidemiological bulletin.