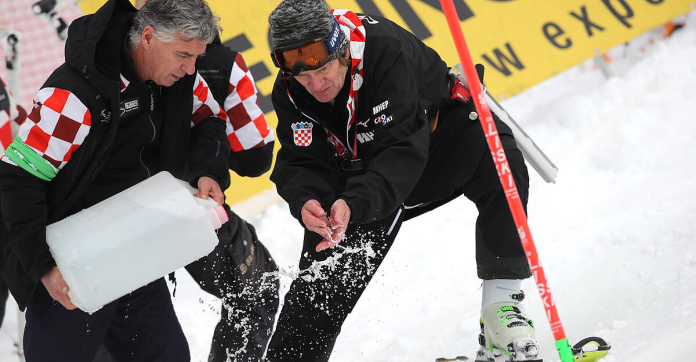 The Ski World Cup isn’t going to get off to a good start in the new year. For example, yesterday the men’s slalom in Zagreb was interrupted several times due to a severely damaged slope, before it was finally canceled after 19 athletes started.

Even before that, there was other bad news. On the recommendation of the state of Salzburg, the Women’s World Cup will not be held in Flachau on January 11. Due to the rising numbers of coronavirus cases, the government has spoken out against the event. When looking for an alternative site, ÖSV quickly found what she was looking for. Schladming steps in and, for the first time since the 2013 World Cup, women are allowed to tackle the demanding Blanae in race mode and under floodlights. Starting times are 6:00 PM and 8:45 PM.

ÖSV President Roswitha Stadlober has confirmed that all other competitions planned for next week, such as the Ski World Cup in Zuchensee and the Snowboard World Cup in Bad Gastein, will take place as planned.

In Zagreb, the coronavirus was not a stumbling block, but a sacred slope. The conditions were far from fair – they were dangerous in the end. The holes had to be shoveled over and over. The road was treated several times with water and salt. Organizers fought for the race that was supposed to take place on Wednesday – ultimately in vain. Sebastian Vos Solvage (Noor), who started the race with first place, was on top.

Now things should continue in Adelboden. Giant slalom and slalom are on the program at the weekend. The gate then runs on a weekly basis in Wengen (January 16) and Kitzbühel (23), before the slalom month’s Schladming classic ends in January on the 25th.