Home Top News Can climate change be addressed by spraying materials in the stratosphere? ... 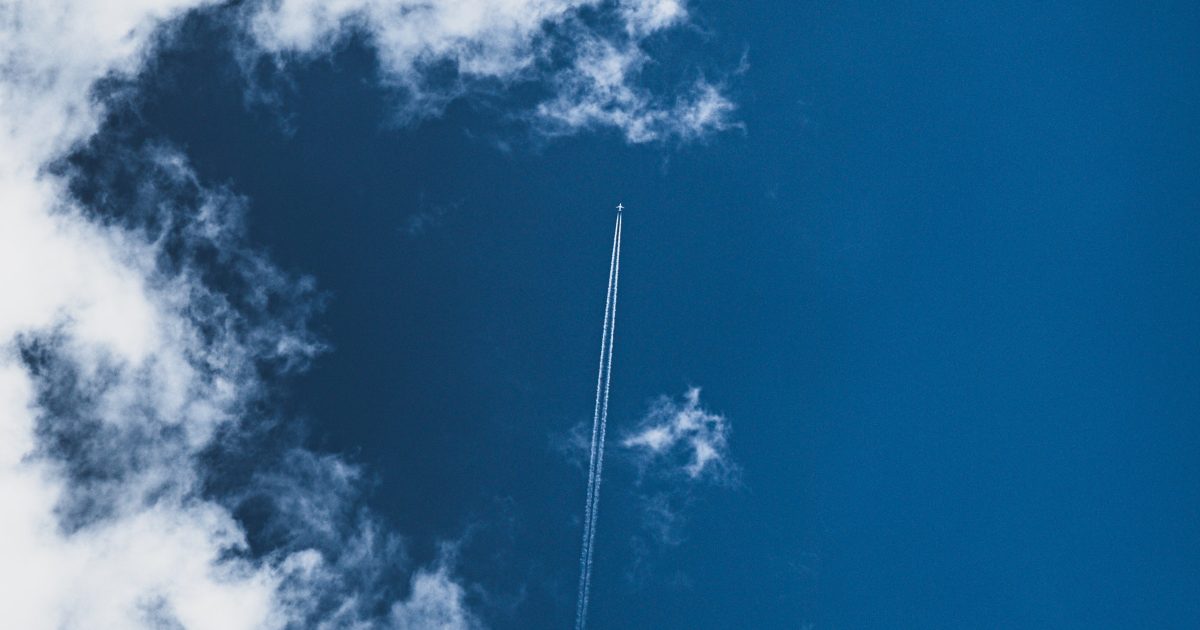 Geoengineering refers to a number of techniques whose large-scale application can affect the climate. For example, in the case of solar geoengineering, the effort to reduce the warming caused by greenhouse gases involves the release of small particles into the stratosphere in the form of aerosols that reflect solar radiation.

This may be an application of the effect that comes with volcanic eruptions. Sulfur aerosols sprayed artificially in the stratosphere have similar effects and cause cooling. Another method, for example, is to whiten the clouds over the oceans to reflect more sunlight.

These and other projects raise considerable concerns due to potential negative consequences.

Reducing emissions is still a priority

U.S. academics insist in their report that these techniques certainly do not change the way greenhouse gas emissions are reduced. According to scientists, this now has a clear priority. But due to the urgency of the situation, they are calling for a study of solar geoengineering possibilities and the risks associated with it.

So far, only partial and uncoordinated research has focused on this. According to Christopher Field, one of the key authors of the report, the key is to get more information about these controversial methods.

“We don’t know enough about these technologies yet so we can make a mature decision about how to handle them,” he says.

“America should start a research project. As for the size of the investment to tackle climate change, it should be small. We estimate that between 100 million and 200 million million can be allocated to such a project in the first five years. Research should address both the technology and the social environment and accommodate different perspectives. It should provide a basis for understanding not only in terms of technical possibilities but also in terms of social possibilities. “

This was stated by a professor at Stanford University and an expert on the field of climate change after the report was released at a video conference at Columbia University.

Dozens of researchers from a variety of disciplines, including climate researchers, physicians, and lawyers, were involved in compiling the document, which was co-sponsored by the US space agency NASA or the US National Oceanic and Atmospheric Administration.

The question is whether Joe Biden’s federal government will listen to the scientists’ recommendations and support a larger research project.

David Keith of Harvard University was one of the scientists who welcomed the support of the US government. He has been doing research on solar geoengineering since the 1990s. Under the scheme of now SCoPEx Attempts are being made to test this method on a small scale using a stratospheric balloon over Sweden.

“If a stratospheric version of solar geoengineering had ever been done, it would have been almost certain that matter would be ejected from the plane. Our purpose is not to test whether solar geoengineering works. It is a completely different process. We would like to do a little research to help improve our models. These can be used to simulate what solar geoengineering can do on a large scale. Said at a Columbia University seminar.

This method can lead to lower temperatures when used in large quantities, but can also cause many problems. For example, scientists fear the dangerous effects of the weather in various parts of the world.

See also  The new SPD boss on her side: Esken can “imagine better” Klingbeil as a parallel

The question is what will happen if states start testing large-scale geoengineering systems in practice and then stop. The result may be sudden warming with catastrophic consequences.

According to American scientists, these and other risks and potential benefits should be explored by researchers in fields and countries to clarify whether this path is even feasible.

Dolas: It is good to eliminate the causes of global warming

The International Panel on Climate Change noted in its assessment report that geoengineering could theoretically help, but at the same time warned of ambiguous side effects. Climate analyst Radim Tolas represents Chekia in the company, but he himself is highly critical of the methods.

“As a geologist, I’m very careful about these methods because they are so dangerous. It’s definitely better to eliminate the causes. That fact must be taken into account. “This is largely justified by the fact that in the coming decades we will not be able to save anything else, because emissions will not be reduced.

Tolas warns that similar experiments anywhere on Earth could have a global impact and unexpected revelations in other parts of the planet.

“The reasonable conclusion of the research is that unpredictable consequences can be very catastrophic and it is better not to do that,” Dolas thinks.

It is an exaggeration to remind us that mankind must end another existing geoengineering project. It is the burning of fossil fuels associated with greenhouse gas emissions, which accumulate in the atmosphere and trigger climate change. According to scientists, people and countries around the world should now focus on reducing this emission as quickly as possible.