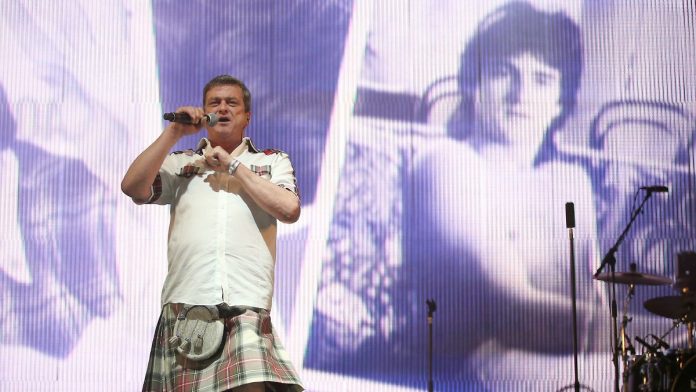 With their specific looks, they set the trends and sold over 100 million albums. The British Bay City Rollers had their biggest success in the 1970s. Singer Mak Keon tried it on his own after the band split up. Now he died unexpectedly.

With his pop band Bay City Rollers, he was especially passionate about young women – now former singer and singer Les McKeown surprisingly passed away at the age of 65. This is confirmed by his family in London. According to a Facebook post, McKeown passed away on April 20. “It is with great sadness that we announce the death of our husband and beloved father, Leslie Richard McCune,” she added. What the singer died was unknown.

Bay City Rollers celebrated world success in the 1970s with songs such as “Bye Bye Baby” and “Shang-a-Lang.” The Five Boys from Scotland, who also set the fashion trends with their tartan (traditional plaid style) look, were especially popular among the youngsters. Their music was also known as “bubble gum” (chewing gum). According to the BBC, Rollers has sold about 120 million records.

McKeown led the band to their biggest successes from 1973 onwards. Many of their songs were cover versions, but with their song “Give A Little Love,” the band ranked # 1 in Great Britain with their own single. In 1978 they parted. The singer has toured the world to the end with a band called McKeown’s Bay City Rollers.

Not all of this was a delight for McCune. While visiting home while on tour, he caused an accident in Edinburgh in 1975, in which a 76-year-old woman was killed. According to the BBC, he was charged with murder due to negligence but was acquitted. He later stated that he had not treated the shock for long.