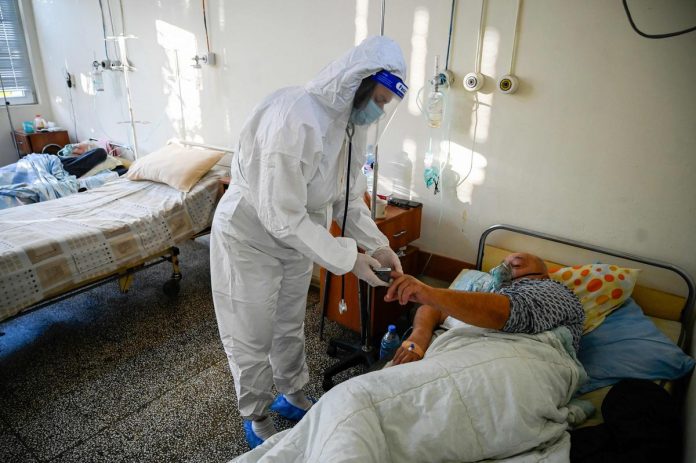 Bulgaria announced on Saturday that it is set to send Covid-19 patients abroad, as the fourth wave overwhelms the hospital system.

Health Minister Stojsho Katsarov warned on Nova TV that if the pollution curve did not decrease within 10 to 15 days, there would be “enormous problems”.

“Our capacity in terms of manpower and respirators is almost exhausted, and we will have to seek help abroad,” he warned. “Discussions are underway with the European Union to transfer patients to other countries, if this is to happen.” The minister added that the new detention was not ruled out.

Despite the establishment of a health permit in places such as restaurants and shopping malls, experts have reported that the current wave could cause as many as 5,000 to 9,000 infections a day within two weeks, in this country of 6.9 million people.

Bulgaria and Romania have the lowest vaccination rates in the European Union, due to the prevalence of conspiracy theories and people’s distrust of the authorities. Only 24% of Bulgarians and 33% of Romanians completed the full course of vaccination.

Romania, with a population of 19 million, has recorded 1.5 million cases, with 15,000 new infections identified on Saturday. Thus, the government is strengthening anti-epidemic measures, by making the mask mandatory across the country from Monday, and by banning events such as weddings for 30 days.

At the same time, gyms, malls and restaurants will have to require a health permit and unvaccinated people will have to respect the 10pm curfew. There are several measures that could be the basis for accelerating vaccination, which were recently observed in the two countries.

The Romanian government announced, Friday, that 130 thousand people visited one of the vaccination centers during the past 24 hours, including 86 thousand people who received the first injection.

Bulgarian vaccination centers also reported an increase in attendance after the health card announced on Thursday was implemented, as the number of people who received the injections on Friday tripled compared to the previous week.