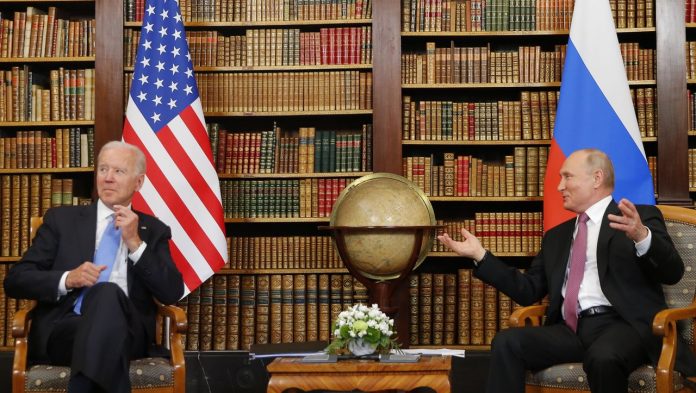 our president Joe Biden He has the head of the Russian state Vladimir Putin At the Geneva summit, he warned against Moscow’s interference in the US elections. Biden said after meeting Putin that the United States “will not tolerate” the violation of its “democratic sovereignty” and the “destabilization” of its elections. At the same time, he stressed that the tone of the conversation with Putin was “good” and “positive”.

Biden also reported that he told Putin that the United States would continue to condemn human rights abuses in Russia. He told Putin in Geneva that he had no anti-Russian agenda. “It’s not about attacking Russia when it violates human rights.”

It is about defending democratic values. No president of the United States can maintain the trust of the American people if he does not do so. It is just a part of our country’s DNA. I told him, “Human rights will always be on the table.” There should be some “ground rules” that everyone sticks to.

As the two largest nuclear powers, the United States and Russia have agreed to new talks to limit strategic arms. “I am pleased that we agreed today to launch a bilateral dialogue on strategic stability,” said Joe Biden. Military experts and diplomats from both countries should work on a mechanism that could lead to the control of new and highly advanced weapons. Talks about strategic stability are seen as an important signal for global security.

The United States recently passed several agreements because Russia is said to have failed to abide by the rules. Moscow refused and repeatedly warned that an exit from the agreement could lead to an arms race. For example, under Biden’s predecessor Donald Trump, the United States withdrew from the INF treaty banning ground-based intermediate-range nuclear weapons (Read more here).

In light of the high tension over alleged Russian hacker attacks on US government agencies and companies, the US and Russia want to start talks on cybersecurity. Biden said he and Putin agreed that their government would begin deliberations on the issue. It should be about addressing specific cases and defining which targets should be taboo for attacks. Biden said some critical infrastructure should be left out. He also again appealed that responsible countries must take action against the perpetrators of ransomware attacks.

The United States blames Russian intelligence services for a massive hacker attack on US government departments, agencies, and companies. Moscow has denied the allegations and offered to investigate the allegations and cooperate in cybersecurity. Putin has also repeatedly complained about cyber attacks against Russian authorities.