Home World Another attack off the coast of Oman: Two people were killed in... 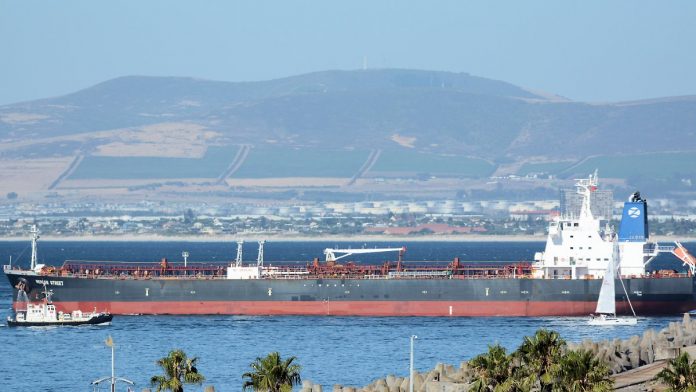 Another attack off the coast of Oman

A Japanese cargo ship off the coast of Oman has reported two deaths. It is believed that the two crew members were killed in a pirate attack. Since the company is run by an Israeli businessman, there is another doubt in the room.

According to the British company responsible, two crew members were killed in an attack on a Japanese ship in the northern Indian Ocean. There is a suspicion of an incident with hackers on board the M/T Mercer Street tanker, the British Zodiac Maritime which it had previously written on Twitter. The Zodiac Group is headed by Israeli businessman Yigal Ofer. The dead are said to be one with Romanian citizenship and the other with British citizenship. The statement said the ship was owned by Japan and operated by a UK-based company. It was on its way from Tanzania to the Emirate of Fujairah and there was no cargo on board.

The British Ministry of Defense said it was aware of reports of an attack on a merchant ship off the coast of Oman. The local army is investigating the incident. Ships with links to the Israelis have been repeatedly attacked in the Indian Ocean and Gulf of Oman in recent months. In early July, a cargo ship owned by Zodiac Maritime was hit, according to media reports. According to the Israeli newspaper, “Haaretz”, Israel suspected at the time that Iran was behind the attack. Similar incidents occurred in February and April, which Israel accused Iran of.

An Iranian cargo ship was also slightly damaged in an explosion in the Red Sea in April. According to reports in the New York Times, the attack originated in Israel. Iran is enemies with Israel. On the other hand, Israel has now established diplomatic relations with the two Gulf states, the United Arab Emirates and Bahrain.