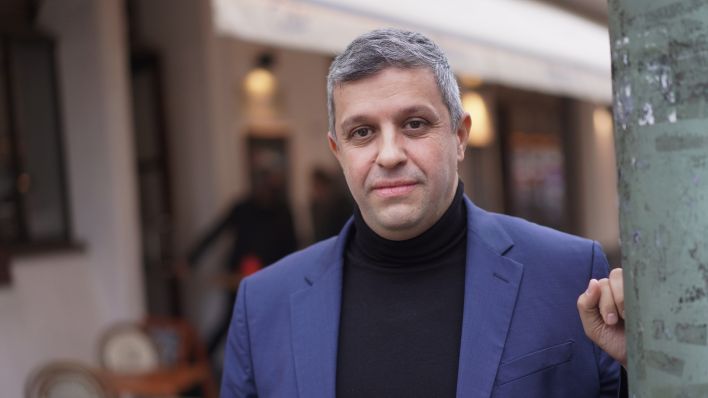 An angry letter on the head of state
–


SPD member Raed accused Saleh of being an “oligarch”.

In Spandau, a district councilor left the SPD parliamentary group, disillusioned and frustrated. In an open letter he complained about “mafia structures”. This letter was above all a settlement with the most powerful figure in the Berlin SPD. By John Menzel

Raed Saleh has been re-elected as SPD state leader. The result was 57 percent very poor. But Berlin is enough to keep the reins of the SPD firmly in hand. In particular, Salle heads the SPD Parliamentary Group in the House of Representatives and leads the Spandau District Association.

Here lies the center of his power in the west of the city. Spandau is the country of Saleh. Anyone who walks with him in the old town or between the tall buildings on Heerstrasse gets the impression that Saleh knows everyone personally – he has to shake many hands. In the Spandau SPD, the 45-year-old has been the undisputed number one for years. Nothing works without His knowledge or against His will.

That’s the problem for Jens Hoffmann. The district councilor denounced that internal party democracy in the Spandau SPD is falling into the abyss, and decisions are being made in a completely non-transparent manner. A very visible sign is that there are no rival candidates in the party elections. Hoffmann’s conclusion: “Over the past two decades, he (Saleh) has built a network that not only now extends beyond Spanta, but also has almost mafia-like structures and undermines internal party democracy.”

The 49-year-old official resigned from the SPD parliamentary group in the Spandau district assembly (BVV) at the end of May, taking the consequences. Since then he has been serving as an independent. In his frank letter, Hoffman also harshly criticized other officials of the Spandau SPD. Saleh was able to gather “around him a large group of weak-minded yes-men” and to alienate all critics, he criticizes.

“I have never seen a politician so thoroughly ‘cleaned'”

Other politicians, such as Angela Merkel or the Green Party’s Annalena Baerbock, are said to be less or less bitter in dealing with intra-party adversaries. “However, I have never seen a politician like Raed Saleh dominate a party, amass offices, and ‘purge’ personnel like this,” Hoffman writes.

As an example, he cites longtime MP Daniel Buchholz, who was one of 14 MPs to publicly criticize Saleh’s leadership style and question his position in 2017. Spandau MP Buchholz’s career then ended.

Is the criticism of Saleh just a headline?

With his general public solution, Hoffmann is now causing quite a stir in the otherwise busy Spandau district association. In particular, Helmut Kleebank, former district mayor and current SPD member of the Bundestag, dismisses the accusation of “mafia-like structures” as “absolute nonsense”. “We’re deliberately working with stereotypes that obviously have no basis,” Kleebank said in support of his district leader.

Raed Saleh, on the other hand, doubts the intentions of his critic Hofmann – without naming him: “The former member of parliament has cultivated himself for political electoral positions and could not be considered. I note this personal disappointment.” Behind the closed doors of the Spandau Social Democrats, Hoffmann was hoping for a position as district councilor or BVV director, which he rejected. “I’m not concerned with posts, but with systems.”

The mayoralty is a dream

For the Saleh critic, the dimension he wants to open up with his letter is anyway bigger: from the point of view of the state association of the SPD, he sees the danger of “Berlin spondization”. Saleh understood how to organize the majority down to the smallest local association, and now in the state party as well he “became more of an oligarch”.

Hoffman is adamant that the head of state is still pursuing his big dream of one day becoming the governing mayor. “Franziska Giffey is his driving force. Sooner or later she will stumble upon a scandal.” And then Salah’s time will come, Hoffman suspects, because there won’t be anyone who can do anything to oppose him.

See also  "They agree on many goals"