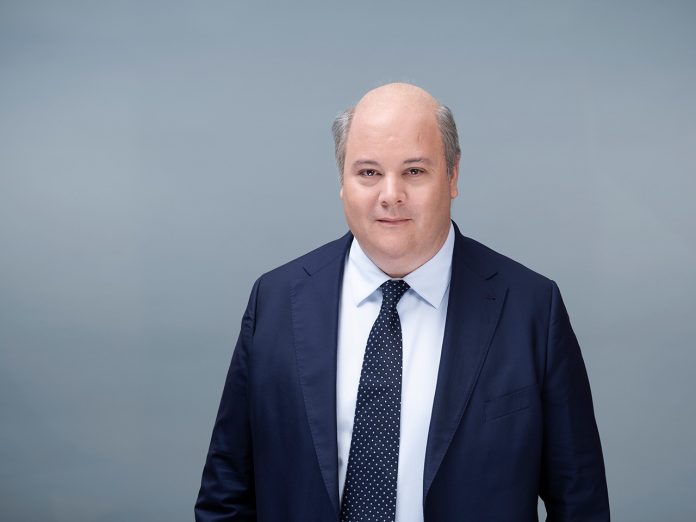 Vincent Mortier is the new Chief Information Officer for Amundi.

Vincent Mortier has been the Vice President of Information for the Amundi Group since 2015. He is a member of the Global Management Committee, the Executive Management Committee and several boards of directors. In his role as Vice President of Information, Mortier notably helped embed ESG at the heart of the investment process across Amundi’s various active investment platforms and establish a robust risk management framework. He was also instrumental in developing Amundi’s business in this region, through his role as supervisor of the group’s activities in Asia excluding Japan, and in particular played a key role in establishing the joint venture with the Bank of China.

Mortier joined from Institutional Investment Bank Societe Generale (SG CIB) where he held various positions in equity derivatives and most recently as CFO of the Global Banking and Investor Solutions practice. Mortier began his career at Société Générale in 1996 in the Internal Audit Department. In 2004 he moved to the Strategy Department of the Société Générale Group, where he was responsible for SG CIB and several Central and Eastern European countries. In 2007 he became Chief of Staff and CEO of SG CIB. Mortier holds an MBA from ESCP Europe Business School.

Matteo Germano has been Head of Multi-Asset at Amundi since 2017 and Head of Investments in Italy. He is a member of the Global Management Committee, the Executive Management Committee, and several boards of directors. Matteo leads the multi-asset platform Amundi, which manages €297 billion across a wide range of investment strategies, including asset allocation, equity and fund selection. Additionally, the platform offers a range of advisory services including asset liability management, asset allocation overlay, manager selection, and trust management.

Germano served as Head of Global Research and Multi-Asset Portfolio Management at Pioneer Investments and also Head of Global Investment Solutions from 2008 to 2017. In 1996 he started at UniCredit Group, where he held various positions in research. He later moved within the bank to Asset Management, where he led the core and quantitative research teams before taking charge of multiple asset strategies. Germano began his career at Eurispes, a British institute for social and economic research, and at Furman Selz. He holds a BA in Economics from the University of Genoa and an MA in Finance from the University of London. Germano’s previous responsibilities for the multi-asset investment platform will be broken down as follows:

John O’Toole has been Global Head of Multi-Asset Fund Solutions at Amundi since 2010. He joined Amundi (formerly Pioneer Investments) in 2005 as Global Head of Fund Research and Manager Selection. Prior to that, O’Toole was a Senior Portfolio Manager at the Luxembourg-based IKANO family office for five years. Prior to working in Luxembourg, he worked as a fixed income portfolio manager and arranger for investment solutions at Coutts Private Bank in London and as a fixed income portfolio manager at Legal & General Investment Management. He began his career in London as a trader at Barclays Global Treasury and then as a corporate treasurer at Legal & General Group Treasury.

O’Toole is a graduate of CFA Charter and a graduate of Trinity College Dublin. He received a master’s degree in economics from Boston University School of Management in the United States of America.

See also  Lidl throws the popular product off the shelves

Francesco Sandrini has led the Balanced Asset, Income and Real Return experience team at Amundi since 2017. As Head of Multi-Asset Security Solutions, he has been responsible for Balanced Insurance and Income Solutions since 2012. Prior to that, he headed the European Institutional Portfolio Management team from Munich. In 2001, Sandrini moved to the Dublin office of Pioneer Investments, where he led the financial engineering team from 2002 to 2008. Sandrini joined Amundi (formerly Pioneer Investments) in 1998.

Currency – How does the US Federal Reserve feel about the...