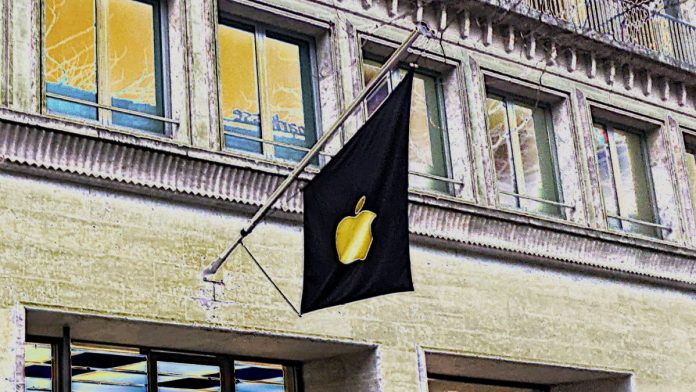 There is currently a dangerous situation in the Amsterdam Apple Store. Police confirmed that one or more people were taken hostage. According to media reports, shots were fired. The motive for the crime remains unclear.

[Update 22:45 Uhr] It appears that the kidnapper tried to escape and was hit by a police car. It has been cordoned off and is being scanned by a robot for explosives. [Update 23:10 Uhr] A new video recording of one of the residents shows two people running away, one of whom has fallen to the ground. The other, presumably a hostage, runs out of his frame. The person who fell to the ground is now being treated in an ambulance. [/Update]

According to the local broadcaster AT5 The hostage taking began around 5:40 pm. The downtown luxury department store occupies a corner building in Leidseplein (Leiden Square), a nightlife district. Video of a passerby’s documents, still in broad daylight, at least two shots. An armed man in camouflage clothing and what appears to be a flak jacket can be seen behind the glass door of the Apple Store threatening a hostage.

Maybe it’s not a spontaneous crime

These circumstances indicate that the hostage taking was planned well in advance. It was not confirmed whether the shots were fired in the shop or by police officers stationed outside. Amsterdam police wrote on Twitter: “Since the beginning of the hostage taking at the Apple Store in Leidseplein, several people have managed to leave the building. We do not want to reveal any information about the situation in and around the building at present.”

Several well-armed officers and sniffer dogs are on site and have cordoned off the area. In addition to helicopters, drones fly over the city center. Neighbors are ordered to stay in their buildings and not to publish any further recordings. The media are asked not to publish any assumptions about possible hiding places in the spacious store where people may be staying.

The many tram lines running on Leidseplein have either been diverted or will be shortened. Police have since confirmed that dozens have fled. Officials will now interrogate and care for those who escaped.

The department store in the Hirsch building in Amsterdam opened ten years ago and has the dimensions of a department store. It’s designed for 300 employees and, at least when it opened, had the longest Genius Bar of any Apple Store worldwide.

It is one of three Apple Stores in the Netherlands. Other branches are in The Hague and Harlem.

“Lamborghini is not for sale”