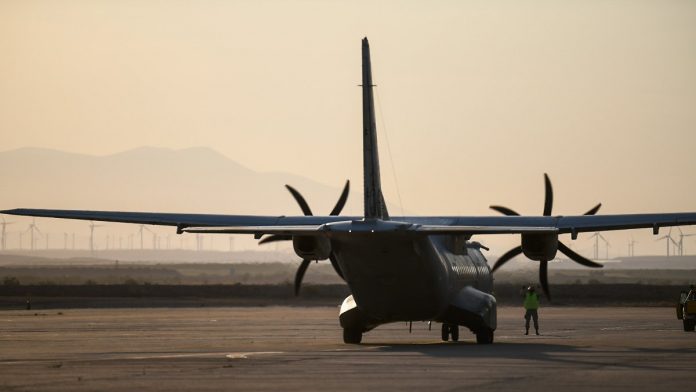 Even after the German army’s mission in Afghanistan is over, local workers are brought to safety with German help. A special initiative also brought employees of the German media to the airport.

With the support of Germany, more than 300 other people in need of protection were flown from Kabul after the German army’s flights ended. According to information from the federal government, they included about 140 Germans as well as local employees and contractor employees from the NATO mission that ended Sunday night. Zeit and Spiegel also reported that 189 people in need of protection were brought to the airport and airlifted, organized by the Kabul Airlift Special Rescue Initiative, including staff from German media. On Thursday, the German army completed the evacuation mission. The US armed forces want to withdraw by Tuesday.

The federal government launched the rescue initiative Too little support and resistance Against prepared eviction. The rescue mission had sent a chartered plane to Kabul to transport those in danger. The federal government dismissed the allegations as unjustified and pointed to the chaos and dangers in Kabul as well as the siege on Taliban control centers, which has made access to the airport more difficult in the past few days. Referring to the charter plane, it was made clear that free seating capacity was never a bottleneck for evacuation, but safe transportation for those in need of protection to the Afghan capital airport.

Meanwhile, the German army withdrew the last soldiers from the evacuation mission to Germany at the end of the week. The medical plane (“Medevak”) that was ready for emergency also landed on Saturday at the Wenstorf air base in Lower Saxony, the German army announced. She was stationed in the Uzbek capital Tashkent for the possibility of rescuing the wounded from Kabul, Afghanistan.

On Friday evening, three Bundeswehr machines from Tashkent landed at Wunstorf, bringing about 380 soldiers back from the mission. In the largest evacuation in the history of the Bundeswehr, the Air Force transported 5,347 people from Kabul from at least 45 countries in eleven days, mostly Afghans, but also more than 500 Germans. This Sunday, the last two transport planes will also return with materials.

Meanwhile, the US continues evacuation flights. A White House spokeswoman announced that by Sunday morning (Kabul time), the US Air Force had flown about 2,200 people to safety through 32 flights, and nine other Allied planes had evacuated about 700 people. Since the mission began in mid-August, the United States and its partners have flown a total of 114,000 people.

The number of people transported daily has decreased significantly recently due to the beginning of the American withdrawal and the suspension of rescue flights by the Allies. From Tuesday to Wednesday, for example, about 19,000 people were evacuated within 24 hours. The number of flights by the USAF has decreased slightly, indicating that American soldiers and equipment are now increasingly being flown in. The US military plans to withdraw from the Afghan capital’s airport by Tuesday. This will end the task of evacuating Western citizens and former Afghan employees of foreign forces and authorities.

See also  Earthquake in Crete today: The largest Greek island hit by marine earthquakes - is there a risk of a tsunami?