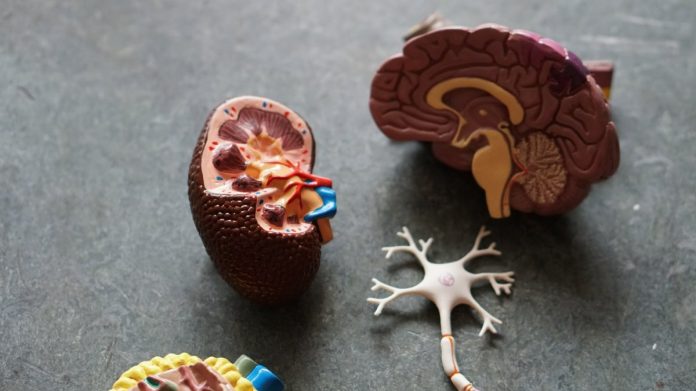 A large number of experiments have shown that it is possible to read information from the brain. It is now possible to automatically interpret patterns in brain waves and use them to control robotic arms or wheelchairs. Even the language spoken in thought or what we have just heard can be reconstructed relatively well by measuring and translating electrical activity in the motor or auditory cortex in conjunction with machine learning. The situation is different with pain: it is much more difficult to use electrodes in the brain to detect whether the patient is currently in pain.

While many sensory impressions in specific brain regions are permanently processed, pain processing is distributed over many parts of the brain and thus difficult to detect. This is also referred to as the so-called pain matrix in the brain. A research team at New York University School of Medicine has made significant advances in this area. Not only can you detect pain with the help of the implant, but you can also turn it off completely automatically in a second step.

To read brain activity, they chose a known point on the pain matrix, the anterior cingulate cortex, a portion of the belt curls that belong to the limbic system. Here the brain also processes a lot of other information at the same time. In order to filter out patterns relevant to pain recognition from this mess of signals, they used a state spatial model. This is a mathematical method in which dynamic systems are represented in the form of matrices and vectors. Unlike many similar experiments, artificial intelligence is not used here, but a statistical model is used.

If the system detects pain, it immediately sends a signal to another brain area in the prefrontal cortex. Stimulating them means the pain is less pronounced. However, in their animal experiments, the researchers did not use electrodes for electrical stimulation, but rather optogenetic stimulation. This means that the desired neurons are first made sensitive to light by genetic engineering and can then be stimulated by light signals. Among other things, this has the advantage that no direct electrical contact with the relevant neurons is necessary and scarring and encapsulation does not occur easily.

In fact, the researchers were able to show that this system can automatically recognize and suppress acute pain. They inflicted thermal pain on genetically modified mice in one paw, then retracted their paw 40 percent slower than when the system was turned off. The result also shows that the pain appears to be not completely but only gradually suppressed.

Although deep brain stimulation has been used for more than 10 years to treat Alzheimer’s disease, depression, and neuropathic pain that can no longer be treated any other way, these systems stimulate desired brain regions continuously and not just at the time of occurrence of the pain being measured. For this purpose, an additional electronic control circuit has been added to the rat’s brain, which can also be visualized in humans at some point. A cyborg soldier has a painkiller not yet at hand – but he is a soldier who can handle the pain better. More medically important than acute pain suppression is the question of whether such a system can also regulate chronic pain. This would be a game changer for countless pain patients, who can often only be helped to a limited extent by medication or whose medications sometimes have severe side effects.

The research team also addresses this question in its research paper, which is called Preprint in Nature Biomedical Engineering He appeared. They caused artificial pain in mice – an excessive sensitivity to harmless touch, which is then perceived as pain. Painful hypersensitivity to touch, light, or noise is often accompanied by neuralgia such as a migraine. In the experiment, the researchers were able to show that their system is also able to relieve this pain.

“Analysis is often associated with migraines, but it is not the migraine itself,” neurophysiologist Markus Dahlem said in an interview with Technology Review. CEO of Migraine App Developer M- sense He finds the approach to reading pain from the anterior cingulate cortex very impressive, but in his opinion it is suitable only for the detection of nociceptive pain. These are those that are communicated to the brain via nerve pathways, for example due to injury or inflammation of a part of the body. This pain can also become chronic, according to Dahlem, but what we think of when we talk about chronic pain is mostly neuropathic pain, which arises in many different ways.

In addition, the question arises of how it can be reliably ascertained in animal experiments that animals really feel different types of neuropathic pain at the present time. But if neuropathic pain is recognized and automatically suppressed using this system, there is still a long way to go from animal experiments to prototypes of human brains. They must also be altered optogenetically, which is not only a problem in experimental animals. It may be a few more years before people with chronic pain begin to hope for a brain transplant that automatically regulates their pain.

However, the idea of ​​additional electronic control loops in the brain is fascinating. Controlling not only machines but other parts of the brain with data from the brain in real time invites you to do all kinds of thought experiments.

Periodontitis increases the risk of dementia – the practice of healing

In Germany, a new outbreak of the virus has caused concern